Three of our Chesapeake Properties team members (Kim Starr, owner/broker; Eva Noonan, real estate agent; and Luisa Gazzolo, real estate agent) have been featured on the wildly successful HGTV program “Beachfront Bargain Hunt”. They were selected because of their experience, professionalism and knowledge of the Eastern Shore, in particular the lovely historic town of Cape Charles, VA.

Across the five years since the first Cape Charle episode of HGTV’s Beachfront Bargain Hunt, things have become a faster and efficient process. After three episodes the producers and I know what story is worth telling and how to tell it. Over time, their styles have changed but they always put a priority on getting to know Cape Charles through the personalities of the new home buyers as they go through their search. The best part of the HGTV episodes is the positive light they shed on Cape Charles and the friends we’ve made along the way. The future of our town is written through the personalities that come and go. HGTV made it possible for the world to know a little piece of the heart of Cape Charles, our friends and neighbors.” – Eva Noonan

I was extremely nervous when asked to appear on HGTV Beachfront Bargain Hunt, as I am definitely more of a behind-the-scenes person. However, I had a lot of friends praying for me and sending positive thoughts my way. Before I knew it, I found I was actually enjoying being on camera much more than I thought I would. The episode hasn’t aired yet… so the jury is still out on how comfortable I look! It helped that the film crew and the family buying the home were terrific to work with.” – Kim Starr

It was a great privilege to participate in the episode of HGTV Beachfront Bargain Hunt in Cape Charles. I did not really know what to expect but after meeting the crew and going through the first few scenes of shooting, I immediately felt very at ease and ready to get the ball rolling. The crew of very young people was super nice and very accommodating. I am a quiet person but I have to admit I enjoyed the lime light and loved playing the role of buyer agent. Several years of theatre experience certainly helped with my confidence level. I could not have asked for nicer buyers who made me feel totally comfortable. We laughed a lot and were thoroughly immersed in the project. I loved the opportunity to promote Cape Charles and I look forward to watching the show once it airs. I hope it will attract more amazing people to our community.” – Luisa Gazzolo

Episode is currently in production! 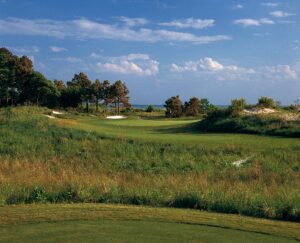 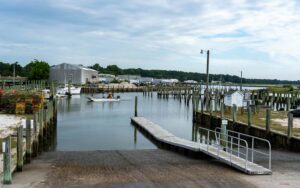 Have a question or looking for more information? Feel free to contact us.